Oh how I love reality TV.

Not enough to go on it, admittedly — and I’ve been offered everything from Celebrity Detox, for the price of a nice sunshine break, to Celebrity Big Brother for £500,000.

But now that Big Brother is no more, The Only Way Is Essex — better known as Towie — is my favourite reality show.

So I’m going to be like a pig in fake tan when we’re treated later this month to a whopping two episodes a week to celebrate its glorious ten-year anniversary.

For anyone who’s been wasting their time with quality drama for the past decade, let me explain.

Those ladies boast of a taste for bad boys with whom they have steamy romps, followed by love splits and lonely hells before bouncing back to show him what he’s missing while flaunting her curves on a sunshine break to Dubai

Towie is a ‘scripted’ show in which a mutating cast of likely lads and luscious-lipped ladies make out and break up in the bars and boutiques of Brentwood, Essex, not least in their favoured watering hole, the Sugar Hut.

Those ladies boast of a taste for bad boys with whom they have steamy romps, followed by love splits and lonely hells before bouncing back to show him what he’s missing while flaunting her curves on a sunshine break to Dubai.

I like Towie for two reasons, the first frivolous — I’m an extremely bitchy gossip, very much living by the old saw ‘if you can’t say anything nice, come and sit right here by me’.

The Towie girls never saw a drink that wouldn’t look better in a frenemy’s face, or a swimming pool that couldn’t be improved by pushing a love rat into; they backbite and backstab the way others say ‘please’ and ‘thank you’.

They tend not to say please or thank you, but have a rich, inventive vocabulary including: ‘well jel’ (envious), ‘reem’ (desirable), ‘no carbs till Marbs’ (dieting until Marbella) and ‘vajazzle’ (no need to draw you a diagram).

Of course it can go too far. 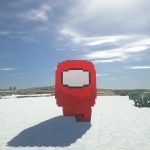 Looking at Gemma Collins, a blonde Oompa-Loompa-lookalike who turned up as a bit-player and quickly ate all the scenery until she became the biggest thing in the show

The second reason is more serious. I am of working-class background and, for a very long time, working-class people on TV — particularly women — appeared solely as servants, ‘sluts’ or slaughtered bodies on a slab.

That which the girls of Towie are criticised for — materialism, hedonism, narcissism — I see as welcome progress from the days when working-class women were old at 40, as my mother’s generation were, or slaves to their families, like the generation before.

Of course it can go too far.

Looking at Gemma Collins, a blonde Oompa-Loompa-lookalike who turned up as a bit-player and quickly ate all the scenery until she became the biggest thing in the show.

It’s hard not to believe she’s a Hogarth creation, a ‘Fake’s Progress’ designed to warn young women of the perils of getting ideas above one’s station.

‘The GC’, as she calls herself, is totally bereft of talent or wit but, nevertheless, believes she is ‘special’ and has compared her book, How To Be A Diva, to the Bible.

She often seems to be an ambulatory archive of every bad quality a human being can have, from her numerous public pratfalls (a tumble in Dancing On Ice, falling through a trap-door at an awards show in Wembley), to her overwrought private life: she has been on and off more times than an Essex Girl’s hair-straighteners with her similarly big and befuddled beau James ‘Arg’ Argent.

Yet there is something about her that I find oddly admirable.

She is the Fat Friend who refused to be a designated driver for her more attractive amigas and grabbed the spotlight regardless.

She has gone from ex-car saleswoman to driver of her own brand, amassing more than £3 million selling everything from perfume to podcasts.

And The GC’s not even the richest of the bling birds of Brentwood: the Faiers sisters, Sam and Billie, started out as Towie glamour girls but have seamlessly monetised motherhood.

As they make their fortunes endorsing everything from pampering to Pampers, it’s the rule rather than the exception that Towie girls have a head for business atop a body for sin.

(And they’re naturals for social media stardom: which came first, the Essex girl or the selfie?)

The only one who appears to have fallen by the wayside is Lauren Goodger — best known as the childhood sweetheart of breakout Towie star Mark Wright — an original cast member who now apparently pays her way at the nail salon mainly by flogging pictures of herself for £50 a throw.

In all forms of showbusiness, the flip side of fame and fortune is infamy and insolvency — look at everyone from Judy Garland to glamour model Jordan.

There will be doom-mongers who believe that shows such as Towie encourage youngsters to pursue false goals, and that those with less than robust mental heath may be damaged by getting the attention they perversely crave.

But most of the youngsters who seek exposure through these reality shows do not experience either extreme: they want to earn decent money, do negligible work and get their picture in the papers — just like among us always impostor journalists.

It’s fair to say that Lauren Goodger was no loss to the Brains Trust in the first place.

It’s not like she was distracted from a career in rocket science to be paid piecemeal for getting her kit off.

But though she’s not typical of the tough, sexy Chloes (if Essex girls have a generic name, it would be Chloe — there have been five in Towie) of the county, they do have their shared weaknesses.

More than anything, they share an idea of beauty that was rarely seen here outside of the drag queen community before the turn of the century: Demon King eyebrows, bulging lips, contouring (scultping one’s face with lighter and darker shades of make-up) so extreme it often resembles war-paint.

Concerningly, these beauty standards have managed to redefine the ideal of modern beauty for many young women — transforming make-up and clothing for a generation, and normalising an obsession with plastic surgery.

Though Towie may offend some feminists with its accent on appearance, above all — refreshingly — the Towie boys are valued as much for their looks as the girls.

And there has never been an Essex Girl as prized for loveable stupidity as Joey Essex — his real name — who has nevertheless been baffled all the way to the bank.

It doesn’t bother me when people tut that Towie (like its stuck-up sibling Made In Chelsea) is ‘scripted’ — in a way, so is life.

Would we fall in love, fight and make up using the language we use if we hadn’t been watching actors mouth those words since we were old enough to talk?

I also like scripted reality shows, mischievously, because they annoy real actors so much.

But when the two tribes put their differences to one side, beautiful unions may occur.

Much of Lauren Goodger’s sorrow stems from the fact her school sweetheart Mark Wright married out to the excellent Corrie actress Michelle Keegan; bagging a bona fide soap opera beauty is like marrying royalty for an Essex Boy.

This came to a head when Wright responded with a Twitter rant that followed rumours his ex planned to gatecrash his wedding: ‘If you’re reading this, please PLEASE respect my wife and STOP.

Everyone has a past, get over it! I wish you well but leave me, my life and my wife out of it. I’m sure there are other ways to make money.’

Many of the ways Towie alumni make money is to graduate to other reality shows.

So far they’ve featured in everything from Dancing On Ice to Celebrity Master-Chef.

These shows may well now be compromised by the effects of Covid-19, but this is a tough crowd and so long as they have the latest smartphone to facilitate their selfie-isolation, it’s easy to socially-influence from a distance.

Though Towie has recently made a show of talking about mental health issues, these kids aren’t snowflakes but the descendants of the actual Cockneys who were resettled in Essex after the destruction of the East End by the Luftwaffe.

These shows may well now be compromised by the effects of Covid-19, but this is a tough crowd and so long as they have the latest smartphone to facilitate their selfie-isolation, it’s easy to socially-influence from a distance

They inhabit the first hardcore working-class Conservative stronghold of post-war England; since the 2019 election, all 18 seats in the county are now held by the Tories with absolute majorities — more than 50 per cent of the vote.

In the EU referendum, every one of Essex’s 14 district councils voted Leave.

During the previous century, ‘Essex Man’ was shorthand for a disillusioned, working-class, traditionally Labour voter who switched to Mrs Thatcher’s Conservatives due to a feeling that Labour had moved to the Loony Left and cared more about Gaza than Grays.

The Corbyn years will only have confirmed this suspicion.

With its bootstrap feminism (Towie girls are fond of referring to themselves as Strong Women, though only Gemma Collins looks like she could actually do damage), there is an air around these Essex kids of having known what was going on all along, even when derided as ‘sluts’, mocked as wide-boys and dismissed as chavs.

Maybe, when we look back on the history of the English working-class, we’ll see that the ‘Red Wall’ was lost not in the smoke-filled rooms of the Durham miners’ galas but, a decade earlier, by soft Southerners, in the ladies’ loos at the Sugar Hut.

Tags: among us mod windows